About
For Exhibitors
Conference
Media
Exhibit!

Conference
Are you a force for gaming or the next voice for the community? Apply to speak at this year’s conference.

Check back as we add on to our growing list of speakers for this year’s conference. Expect some of the best in the industry from all corners of the globe. 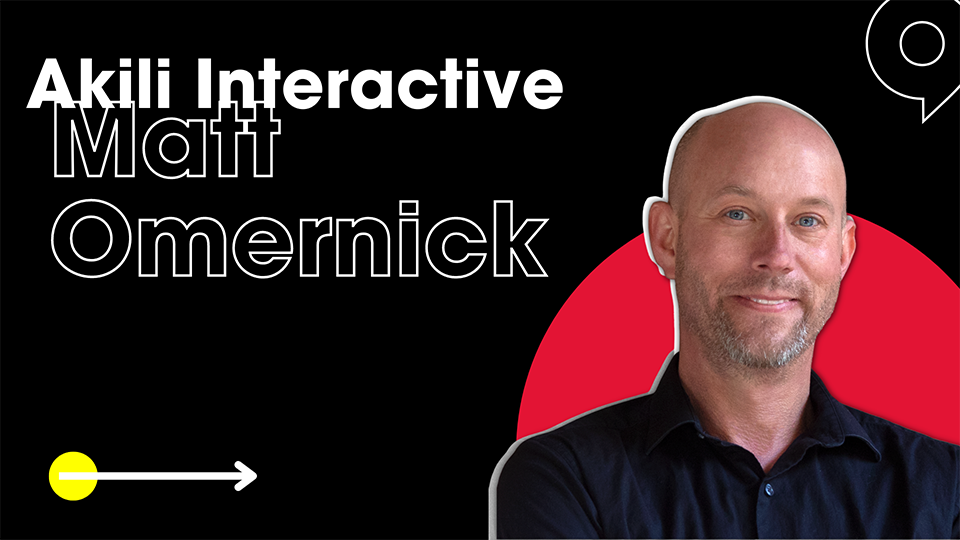 Prior to co-founding Akili, Matt Omernick served as Executive Art Director at LucasArts, the video game division of Lucasfilm. Matt oversaw studio-wide art teams on multiple projects. Prior to LucasArts, he held senior positions at Microsoft, Dreamworks, Electronic Arts, and Day 1 Studios. Matt has shipped over 20 game titles including, Star Wars: The Force Unleashed, Mercenaries, Star Wars: Battlefront, and the critically acclaimed Medal of Honor franchise. He has spent over seven years teaching college-level computer graphics courses at Cal State, The Academy of Art University and the Art Institute of San Francisco. He also authored the book, “Creating the Art of the Game,” published in 2004, which has become an industry and educational standard. 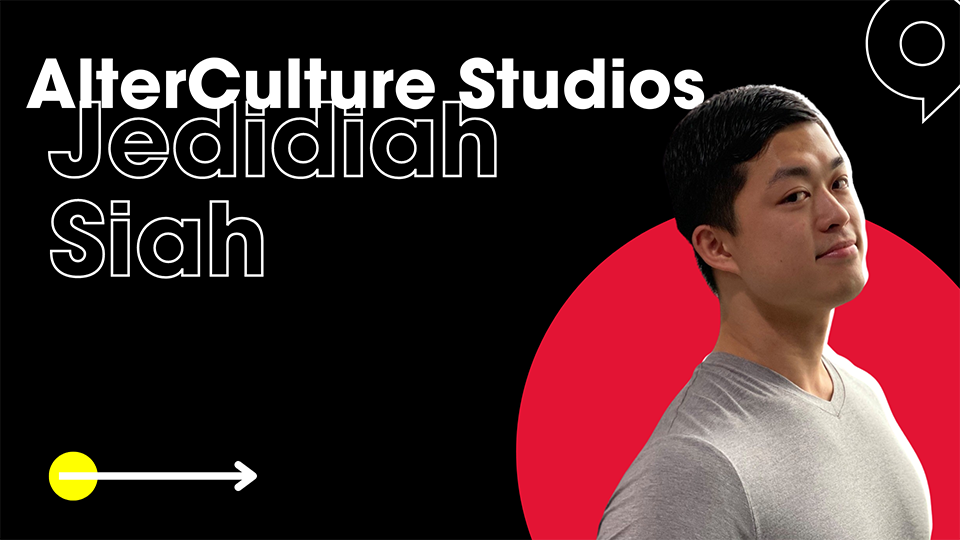 Jedidiah Siah is the co-founder and director of AlterCulture Studios, which does game design consultation, education and promoting the usage of games across non-gaming industries. Jedidiah is also the co-founder and one-quarter of Sagakaya Collective, organisers of the annual Heritage Game Jam, a Singapore Jam that aims to utilise games in promoting Singapore culture and heritage. He also serves as an Associate Trainer at Civil Service College (Singapore) for Game Design. 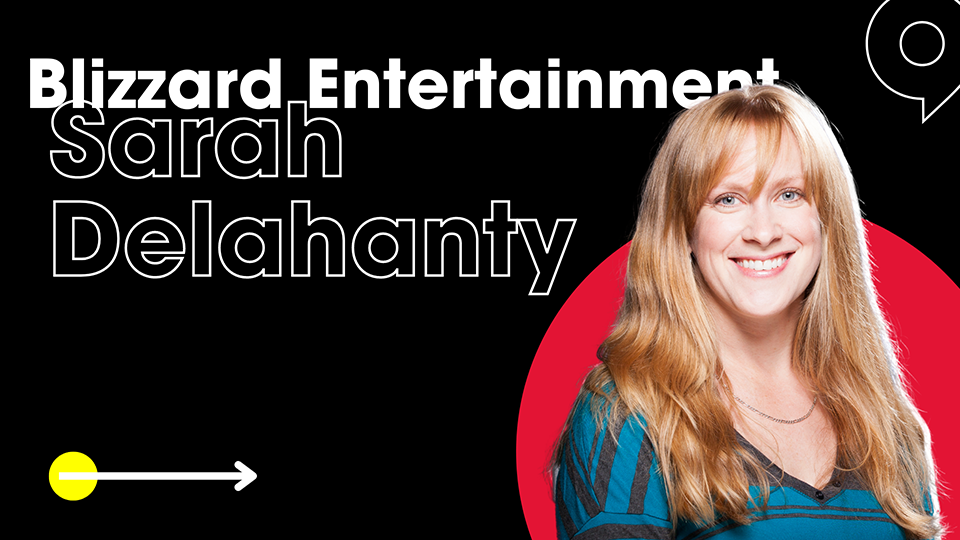 Sarah Delahanty currently oversees real-time cutscene design for World of Warcraft. As a veteran with over 13 years at AAA studios, Sarah has created gameplay trailers and in-game cutscenes for several renown games including Dungeons and Dragons Online, Lord of the Ring Online, WildStar, StarCraft II, and Heroes of the Storm. After a steady diet of video games and LEGOs at a young age, plus a BFA from the Rhode Island School of Design in Film/Animation/Video, Sarah was well prepared for the wild world of in-game cinematics. 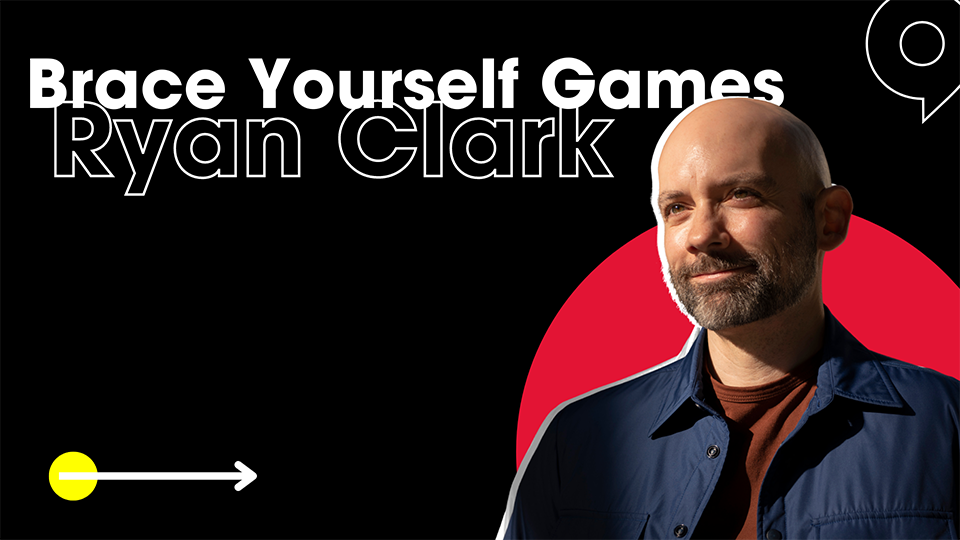 A veteran independent game developer, Ryan Clark has 18 years of experience and 13 shipped titles, including numerous award winning and profitable games such as Crypt of the NecroDancer, IncrediBots, FizzBall, and Professor Fizzwizzle. He writes game industry articles on his Gamasutra blog and frequently speaks at GDC, PAX, TwitchCon, and other conventions. He was also an advisor for the GDC’s Independent Games Summit for 5 years and streamed regular game industry analysis on YouTube and Twitch for 6 years. 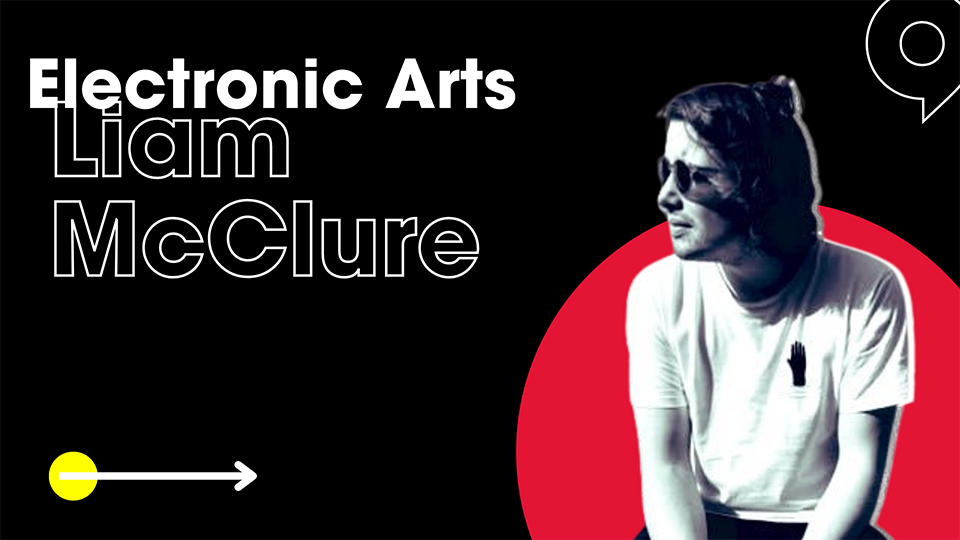 Liam McClure is a player first leader who likes to explore and build regional franchise strategies that deliver culturally connected total brand experiences. Liam spent over a decade working in agencies before joining EA as head of engagement in 2019. He later took on a new role as head of creative strategy and player engagement and subsequently, promoted to director of asia marcom strategy. 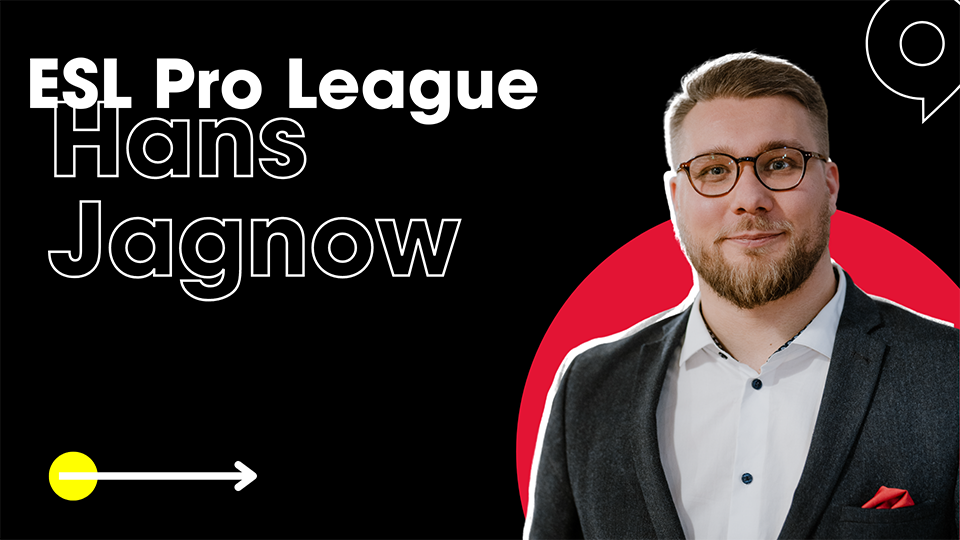 Hans Jagnow is the VP Operations for the ESL Pro League and the Louvre Agreement. He joined the Commissioner’s Office at its inception in 2020 after several years as President of the German Esports Federation and initiator of the European Federation. Previously, he was President of Esports Europe in Brussels and has been heavily involved in shaping Germany’s digital and data policies through many years of work as a legal expert in Berlin state politics. 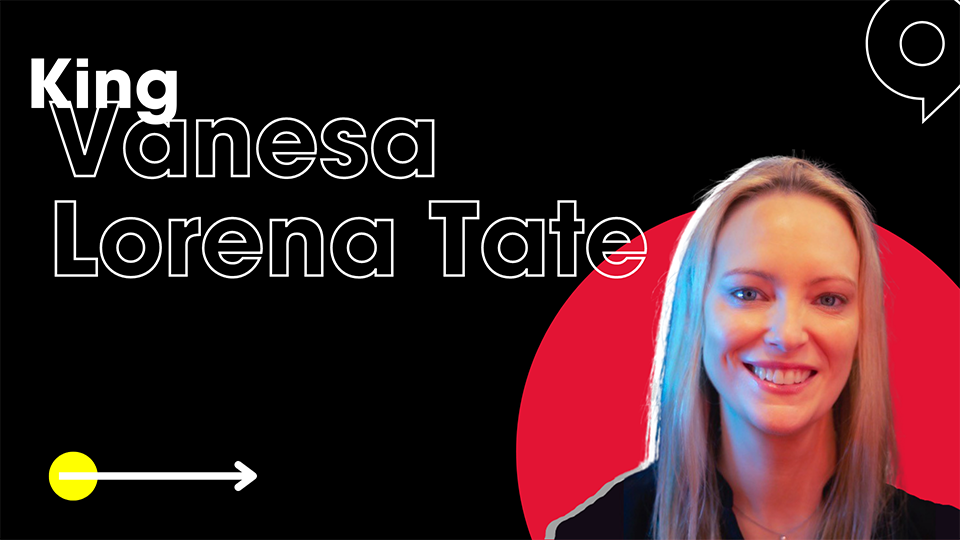 Vanesa Lorena Tate is the head of Eternal Games studio at King, where she leads the game development of multi million dollars games such as Pyramid Solitaire Saga, Bubble Witch 2 Saga, Farm Heroes Super Saga, Diamond Diaries Saga and Blossom Blast Saga. She also heads the Eternal ads experimentation and player behaviour team. Vanesa is the head of audio at King working across all the live titles, new games, and marketing. She is a creative and business leader / entrepreneur with decades of experience in film, tv, documentaries and commercials. She is an active mentor to women in the film and music industry, speaker, and juror at prestigious festivals. 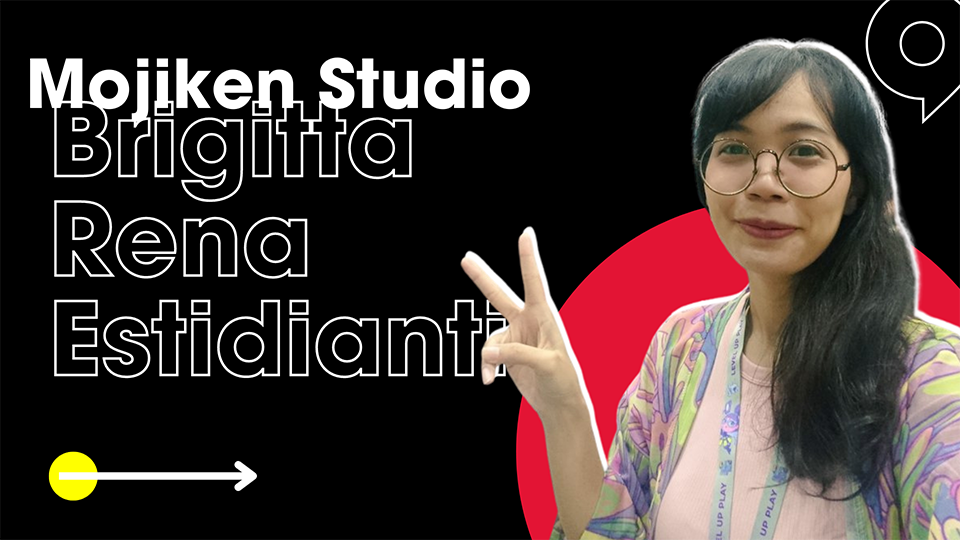 Brigitta Rena is a game artist from Surabaya, Indonesia. One of the co-founders of Mojiken Studio, she is also the creator of “When the Past was Around”, and writer of “A Space for the Unbound”. Through creating video games, Rena realized that she could communicate any of her thoughts and unspoken words. She enjoys making merchandise and designing fabric patterns. She is also a coffee lover and nature enthusiast. 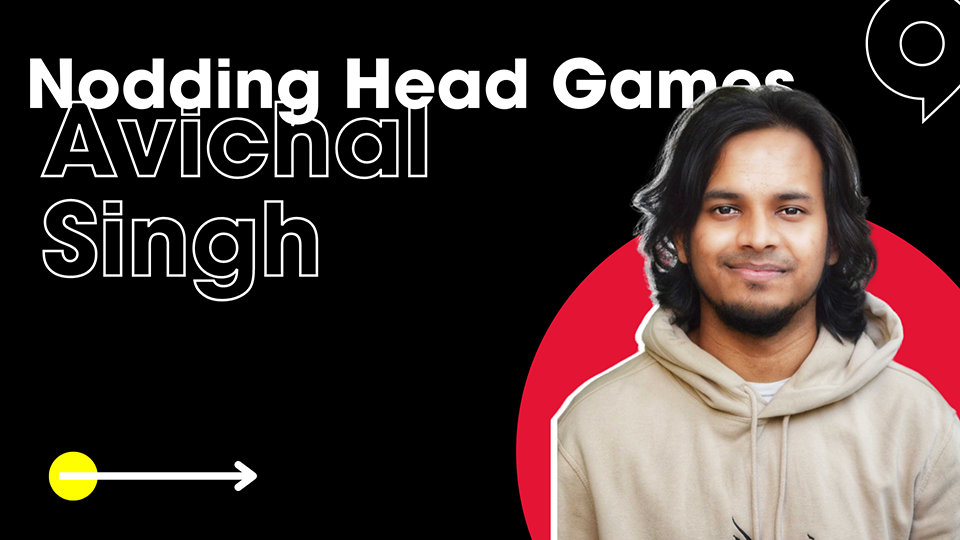 Avichal Singh co-founded Nodding Heads Games along with Ian Maude and Shruti Ghosh, where they built one of India’s first successful premium console and PC titles, Raji: An Ancient Epic. Avichal co-wrote the story of Raji and takes care of game design, level design and project management. The studio was able to create its own niche in a market flooded by mobile games while putting India on the gamedev map. To date, Raji has been accredited with 36 nominations and 10 wins at prestigious events such as E3, The MIX, SXSW, Taipei Game Show, The Games Awards, Pegases and more. Prior to this, Avichal was with Zynga, where he worked on IPs like Farmville and Empires and Allies. 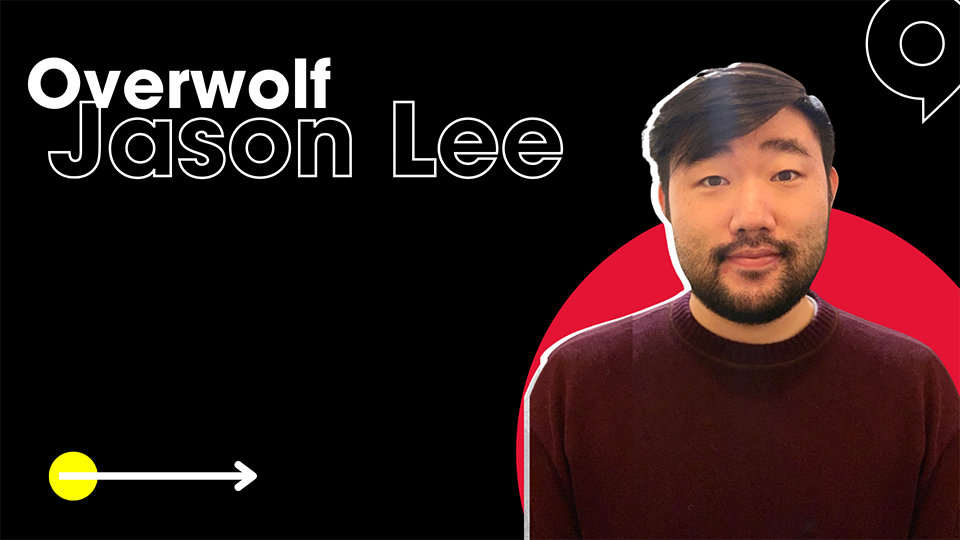 Jason Lee is a California native working remotely from Seoul, South Korea. He currently works on partnerships with game developers and app developers for Overwolf's UGC solutions and developer framework. Jason began his career in the gaming industry working on Hollywood IP partnerships for a mobile game publisher. He then worked on business development for one of the biggest stats sites in gaming and led the launch of an app built on Overwolf. Seeing Overwolf's empowerment of UGC firsthand, Jason decided to take his partnership with Overwolf to the next level by joining the Wolf Pack. Jason graduated with a Bachelor's from Stanford. 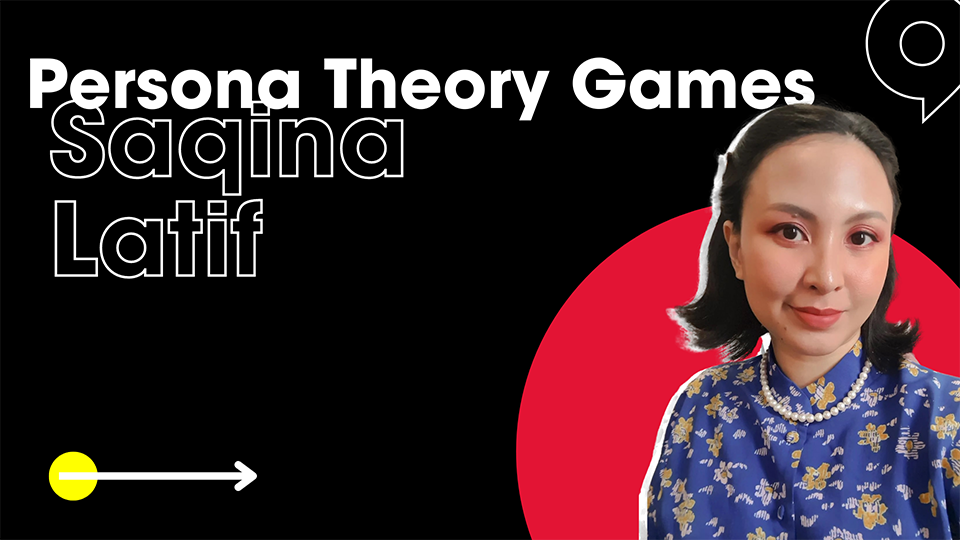 Saqina Latif is one of the three co-founders of Malaysian indie games studio, Persona Theory Games. The team proudly tells the Southeast Asian stories through games and other mediums. Prior to starting Persona Theory Games, Saqina was an award-winning producer in Leo Burnett KL, and worked with clients such as McDonald's, Samsung, AIA and more. 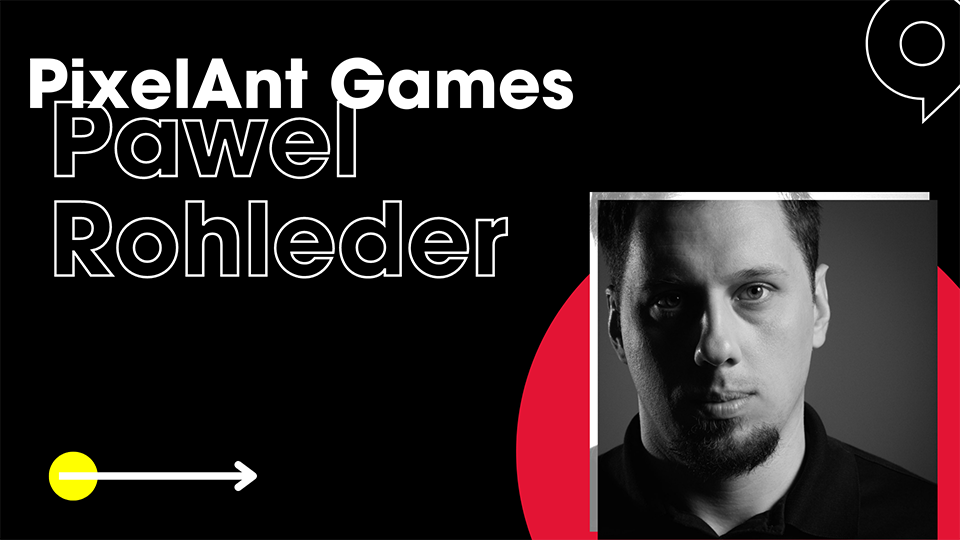 Pawel Rohleder is a people-oriented game industry professional with background in software engineering. He believes in the importance of values-based company culture and co-founded PixelAnt Games to bring fun back into gamedev. Prior to this, Pawel was with Techland for 14 years and had participated in numerous AAA titles from start to finish, including Dying Light, Dying Light 2, Dead Island, Call of Juarez series, etc. He is also a regular speaker and has spoken at over 60 gaming and technology conferences. 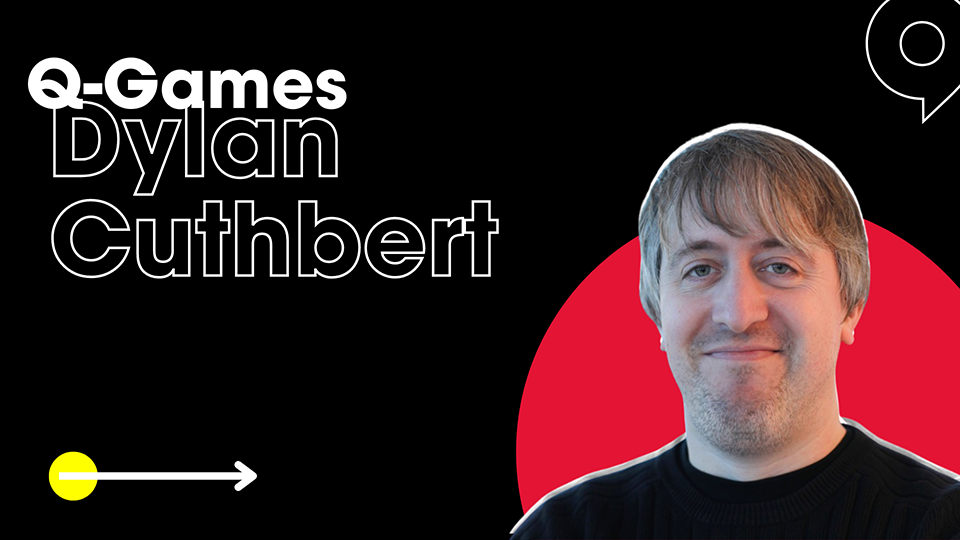 Dylan Cuthbert is an industry veteran of 30+ years. He has developed over 25 games, including smash hits for the likes of Nintendo and PlayStation, including the self-published PixelJunk series. Dylan founded Q-Games in 2001 which now consists of 50 passionate games developers.

Jad Boniface serves as Head of Community Expansion at Roblox, supporting developers and studios in their quest to build the next generation of experiences on the Roblox platform. His career in developer relations and content development spans over 20 years, working with a wide range of developers and partners to create high quality experiences and games on mobile, PC, VR, and console. 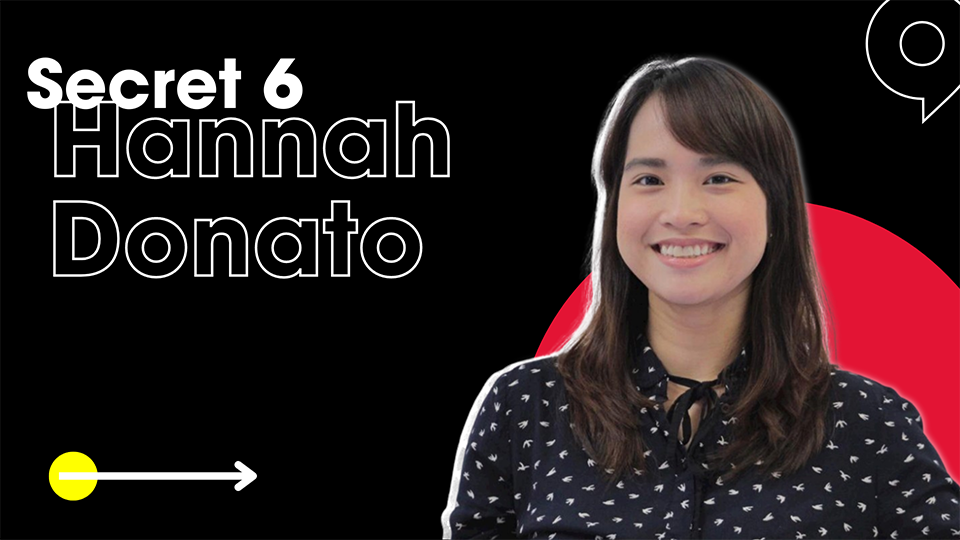 Hannah Donato started her career in Secret 6 as a game producer for mobile, PC, VR games and emerging tech in 2014. In 2018, she shifted to a marketing role and has been instrumental in facilitating Secret 6's brand development and awareness, and participation in various speaking engagements and game conventions locally and internationally. Most recently, her focus has been on PR, events and other marketing efforts for Secret 6's homegrown title, Project Xandata. 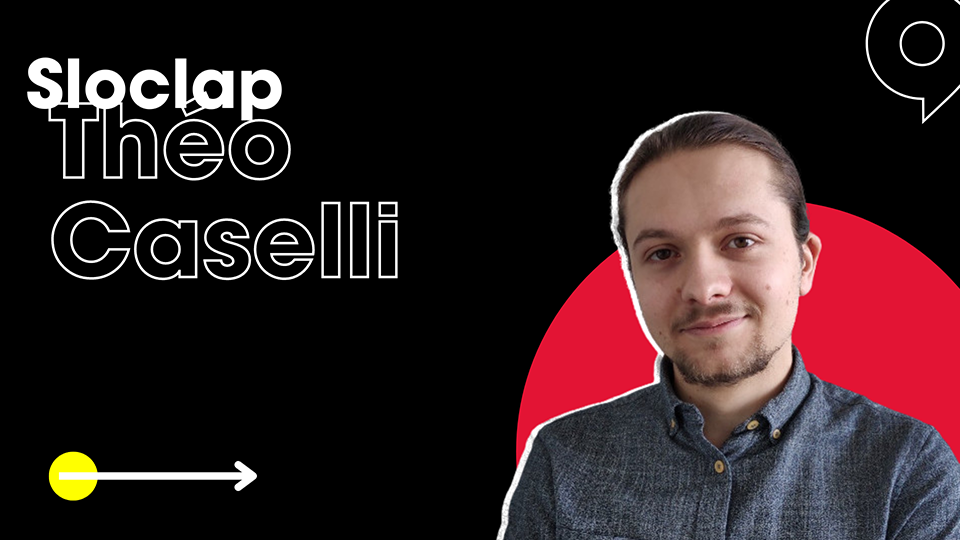 Théo Caselli is a combat designer from Sloclap, the independent studio behind Sifu and Absolver. He spearheaded the design of many of the core combat mechanics that made Sifu an indie success story of 2022. From a love of martial arts movies to fighting games and traditional beat'em ups, combat design has always been a long-time passion for Théo, that he brought to life while working on Sifu. 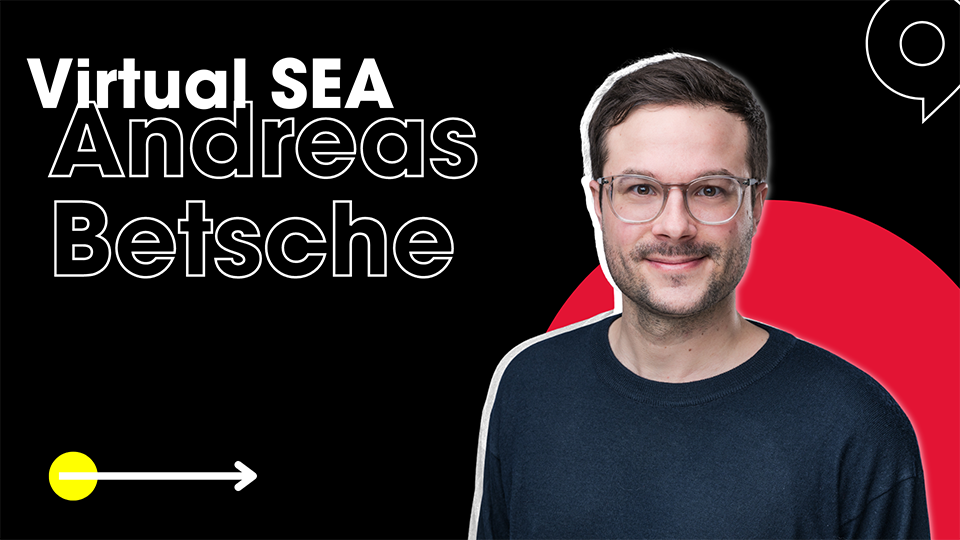 Andreas Betsche is the founder of Virtual SEA, an online media hub specialising in the coverage of Southeast Asian games. He is a passionate supporter of the local game development community, and his expertise has been sought for in various activities such as a judge for award shows and game jams, cross-media interviews, and podcasts. 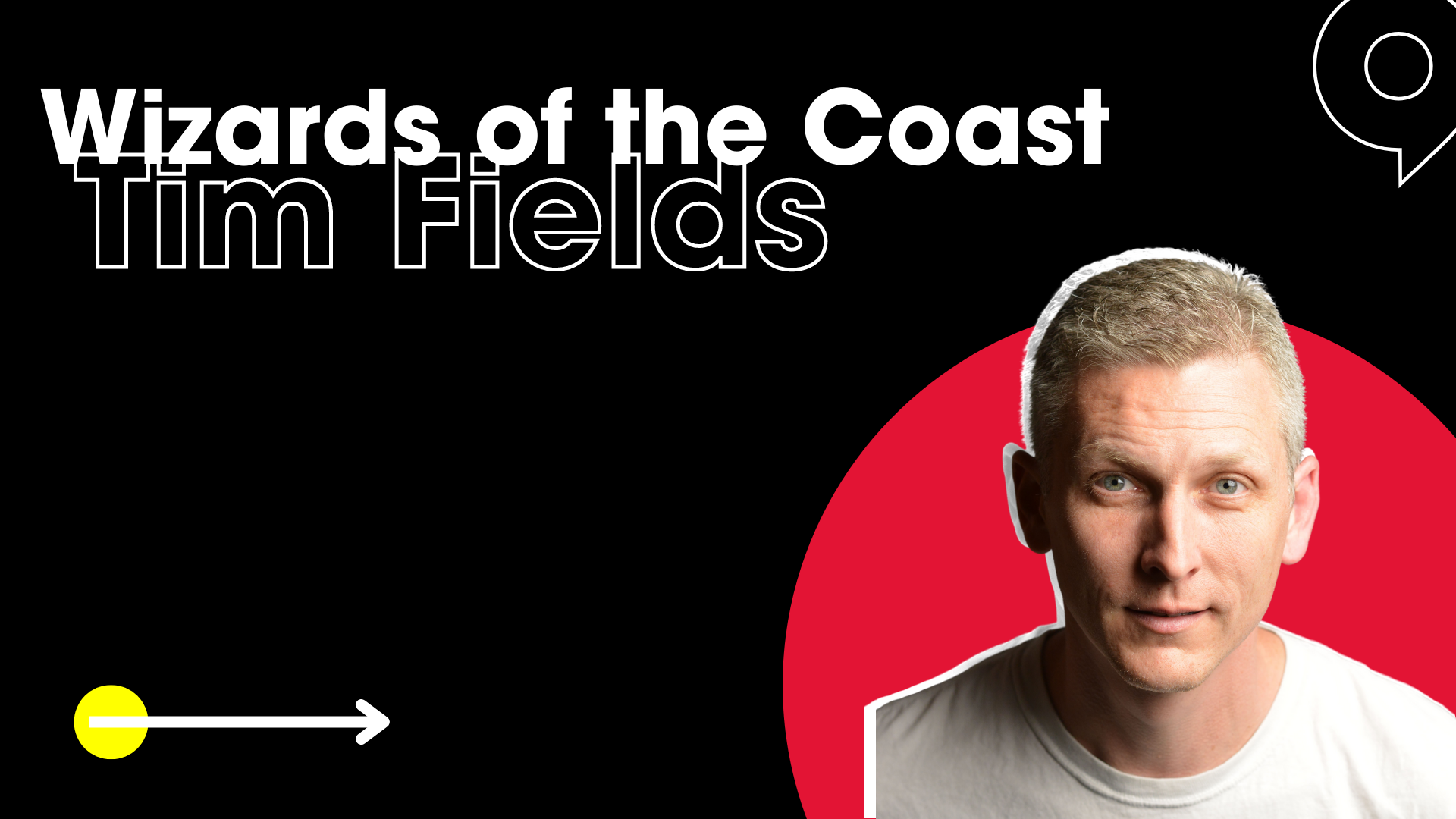 Tim Fields has been leading game development and publishing for more than 25 years. He had been a part of hit franchises like Call of Duty, Halo, Marvel Contest of Champions, Disney Mirrorverse, Need for Speed, Fast and Furious, Transformers: Forged to Fight, Dungeons and Dragons, and more, winning multiple editor’s choice and other awards and generated billions of dollars in earnings. He recently served as CEO of mobile game publisher, Kabam, and currently works at Wizards of the Coast, bringing beloved franchises to life as digital games. Tim authored five books on the games industry - the latest which entitled “Game Development 2042” will hit shelves in October 2022. 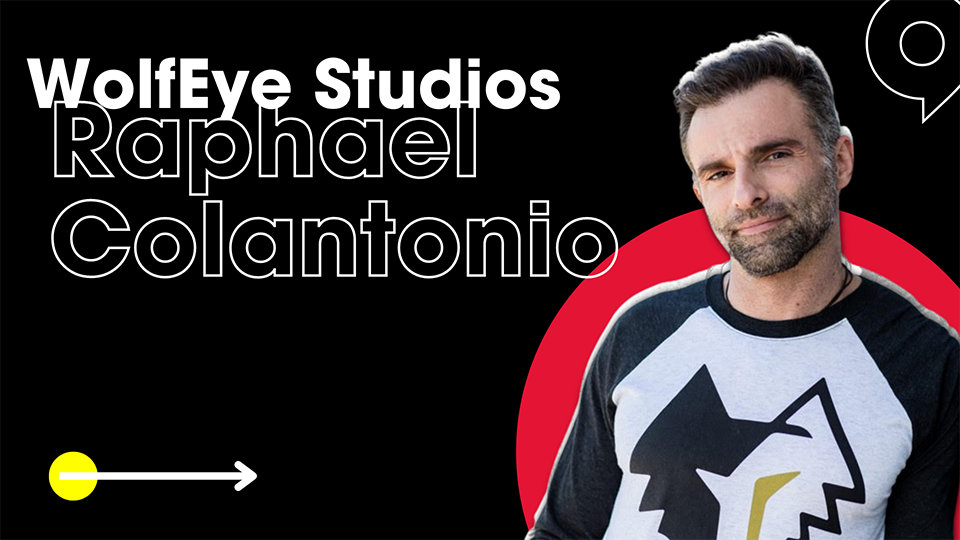 Raphael Colantonio has been in the game industry since 1993, started with Electronic Arts, then founded Arkane Studios in 1999. Arkane Studios gained its fame with the RPG Arx Fatalis in 2002, Dark Messiah in 2005, Bioshock 2 co-development in 2009, Dishonored in 2012, Dishonored2 in 2016, and Prey in 2017. The studio received hundreds of awards. Raphael Colantonio sold Arkane to Zenimax and left for new adventures in 2017. He is now the President and Creative Director of WolfEye Studios and his specialties include creative direction, game mechanics, problem solving, level design, AI design, project management, pitching games and prototyping. 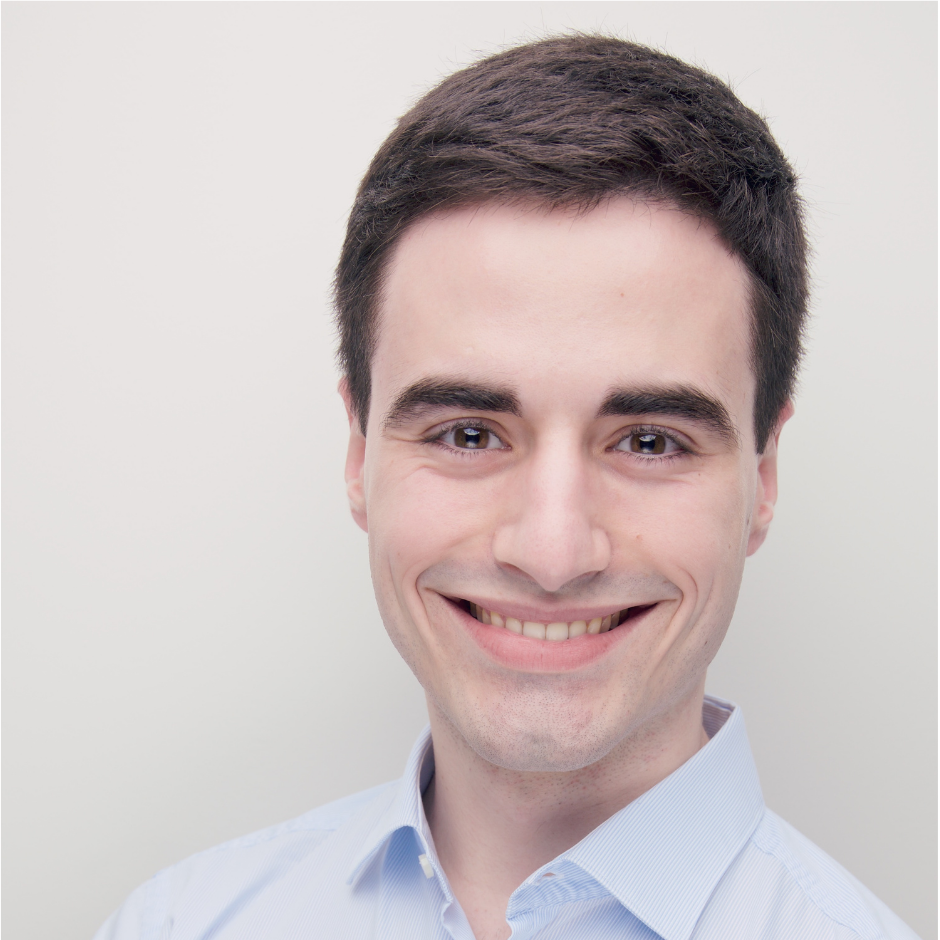 Get first dibs on all things gamescom asia from the latest event updates and releases, special offers, and the chance to tell your friends you know something that they don't. Complete the fields to confirm your free subscription to our very attractive enewsletter.

By subscribing, you are automatically consenting to receive communications about the event from Koelnmesse Pte Ltd and its appointed partners/affiliates.

Thank you for your interest in gamescom asia. By submitting this form, you are deemed to have given consent and allowing us to communicate directly with you via electronic media (by telephone, SMS, fax, e-mail or digital media).

Please note that you can withdraw your consent at any point in time simply by contacting privacypolicycontroller@koelnmesse.com.sg should you wish to do so. Details of how we handle your personal data are to be found in our separate Koelnmesse Personal Data Protection Policy at www.koelnmesse.com.sg/koelnmesse-personal-data-privacy-policy. Please note that if you withdraw your consent, Koelnmesse may not be able to continue to provide you with products and services as well as information and advertising of industry events staged by Koelnmesse.

Please select the captcha above.